When Strangers Meet! (Table of Contents)

Pencils originally credited to Ron Wilson, changed by Nick Caputo on December 23, 2010, based an interview by Ron Wilson in Back Issue, who noted that his first cover was published some eight months later (Supernatural Thrillers # 4). 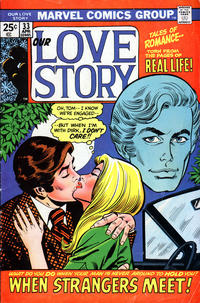 Love Isn't In the Cards For Me! (Table of Contents: 2)

Romita is listed in the credits, although Nick Caputo suspects that may be an error. Giella may have assisted Giacoia on this story.

The Boy That Got Away! (Table of Contents: 3)