On-sale date from an ad in The Adventures of Bob Hope #106 and copyright registration. 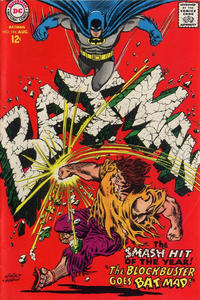 Credits for script, inks and letters confirmed from Julius Schwartz's editorial records, provided by DC Comics. Records show that Bob Kane was paid for the pencils, but scholars agree that pencils were not by Kane.

The Problem of the Proxy Paintings! (Table of Contents: 3)