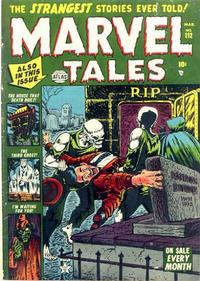 The House That Death Built! (Table of Contents: 1)

A story similar to the Dr. Strange story from Strange Tales #120, but the reason this house stops off on Earth is that it's...hungry.

Pencil and ink credits reported to the Error List by Saltarella (August 25, 2010).

The Conquerors!! (Table of Contents: 2)

Job Number
9498
Genre
science fiction
Characters
Jonathan Ditmar
Synopsis
When hostile aliens come to Earth of the future they are persuaded not to enslave humanity because of Earth's music.
Reprints

A story similar to EC's "Forever Ambergris"
Pencils and inks credits from atlastales.com

Job Number
B-759
Genre
horror-suspense
Synopsis
A man murders his business partner and burns the body. The victim's face forms in the smoke and taunts him. Wherever he sees smoke, he encounters the dead man. He confesses to the police and is sent to the chair. When he is in Hell, he is at peace until he realizes that all of those fires produce...smoke.
Reprints

Pencils and inks credits from atlastales.com

The Third Ghost (Table of Contents: 5)

"A Christmas Carol" but the ghosts fail to find the conscience within the 'Scrooge'.