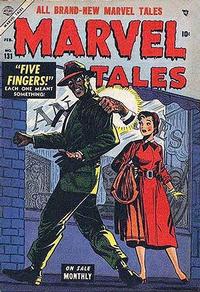 The Man Who Bought a Dingbat (Table of Contents: 1)

Job Number
F-381
Genre
science fiction
Synopsis
A used car salesman takes as a trade-in a car that transports him to another planet where he becomes stranded without gas among hostile alien creatures.
Reprints

The Journey (Table of Contents: 2)

Job Number
B-213
Genre
science fiction
Characters
Jon Randall; Hannes Bache
Synopsis
An artist alters a matter transmitter to create images out of the human imagination, but more than just the image of the imagined monster is created.
Reprints

Job Number
F-461
Genre
fantasy-supernatural
Synopsis
A pickpocket creates a wax hand so that he can set it in his coat while his real hand does his dirty deeds. When he picks the wrong tough guy target, the guy feels his wallet being lifted and tells the thief he doesn't have time to find a cop but he is going to punish him by mashing his hand. The thief shifts his real hand inside his coat so that the wax hand takes the beating. When he's standing next to a cop on train, the resentful wax hand pulls the cop's gun and points it at the cop's partner who shoots the thief dead.
Reprints

The Rookie (Table of Contents: 4)

Job Number
F-465
Genre
fantasy-supernatural
Characters
Jed Broome
Synopsis
Jed dreams of becoming a baseball player but has to give it up after realizing his fastball is so powerful it could kill the catcher.
Reprints

Job Number
F-390
Genre
science fiction
Synopsis
Werewolves on the moon led by a tyrant plot to conquer Earth so they send a scout that, if slain, will cause them to cancel their invasion plans. The creature is doglike enough in appearance to be found and taken in by a little girl who showers love upon him so he returns to his spaceship and pulls the self-destruct lever before heading back to his new home.
Reprints
Keywords
moon; werewolves

While Death Waits (Table of Contents: 7)

Job Number
F-498
Genre
horror-suspense
Synopsis
A miner trapped by a cave-in, figuring rescue impossible, confesses to his buddies that he's a murderer but then they are rescued nonetheless.
Reprints
Keywords
miners; miners' lamps; mining