Amazing Arsenal of the Atom-Assassin! (Table of Contents) 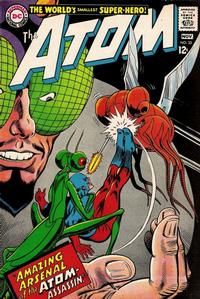 Amazing Arsenal of the Atom-Assassin! (Table of Contents: 1)

Letters of comment from readers Joseph Arul, Peter Sanderson Jr., David Lewin and Rand B. Lee, with replies from Schwartz.
Placed between page 14 and 15 of sequence 1.

Job Number
6544
First Line of Dialogue or Text
Whenever I paint a model, I also paint a piece of spare plastic.

hint submitted by George Cole of Richmond, California; in between pages 19 and 20 of sequence 1