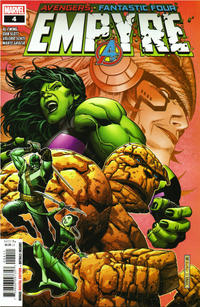 The marriage between Hulkling and Wiccan is first revealed in this issue.

Designs for Hulk and Mantis.