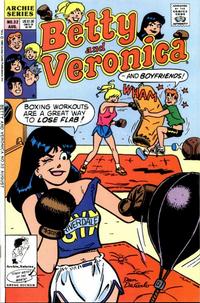 Birds of a Feather (Table of Contents: 2)

To Riverdale and Back Again / promo (ad from the publisher) / 0.5 page (report information)

Victor Gorelick says Archie Comics will be at the Great Eastern Comic Book Convention and 21st San Diego Comic-Con. He also gives tips on submissions to the Archie Club reporters.