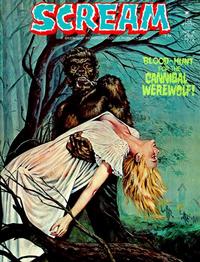 Edgar Allan Poe In The Movies (Table of Contents: 2)

The Oblong Box (Table of Contents: 3)

Adaptation of the short-story "The Oblong Box" by Edgar Allan Poe.

The Skull Of The Ghoul (Table of Contents: 5)

While The Skull Of The Ghoul is presented as a single story it does have distinct sub-titles and states "...Now begins part two of our tale"... and is broken up in some reprints.

The Legend Of The Cannibal Were-Wolf (Table of Contents: 6)

The Lunatic Mummy (Table of Contents: 7)

The Vampire Kingdom (Table of Contents: 8)

The Tales Of Nosferatu Chapter 4