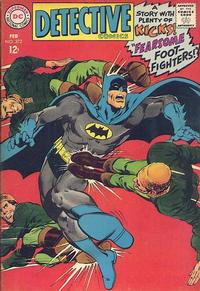 The Fearsome Foot-Fighters! (Table of Contents: 1)

Elongated Man Throws His Weight Around! (Table of Contents: 3)

The Man Who Stopped the Clock! (Table of Contents: 4)