Duel Between the Dual Atoms! (Table of Contents) 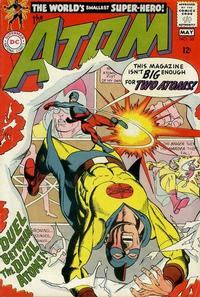 Duel Between the Dual Atoms (Table of Contents: 1)

The Flashiest News of the Year (Table of Contents: 2) (Expand) /

The Flash / promo (ad from the publisher) / 1 page (report information)

The World of Anthro Is Coming! (Table of Contents: 3) (Expand) /