This issue is a variant of Disney's The Little Mermaid (Marvel, 1994 series) #2.

A Tidal Wave of All-New Tales! (Table of Contents)

Credits from INDUCKS; credits also appear in the letters page of this issue. 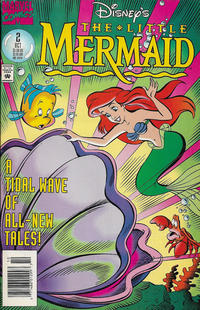 All that Glitters (Table of Contents: 1)