Female of the Species! (Table of Contents)

Bald cover art per Nick Caputo, March 2016. John Buscema is erroneously credited in the French magazine Back Up #14 but Nick notes the cover is only based on Buscema's splash page. 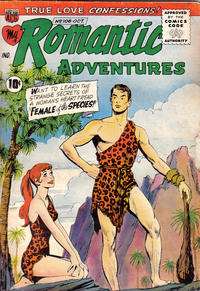 Female of the Species! (Table of Contents: 1)

Art credit from the French magazine Back Up #14 courtesy of Stéphane Petit (May 2009).
Additional infos come from the John Buscema checklist built by Jim Vadeboncoeur Jr and Michel Maillot.

No Laughing Matter (Table of Contents: 2)

Hard to Please? (Table of Contents: 3)

The Man to Choose! (Table of Contents: 6)