Issue includes a free code that can be redeemed for a digital version of the issue.
This issue has variants:
Keywords
Mythology 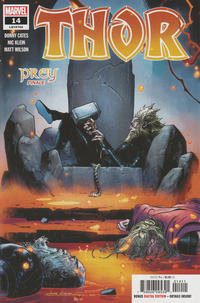 Two titles are present for this story, "Prey, Finale" on the credits page and "Prey, Part Six of Six" on the first page of the story itself.