This is the same gag (with the same characters) as was used on the cover of Looney Tunes and Merrie Melodies Comics #163 (Dell, 1954 Series), but presented differently. 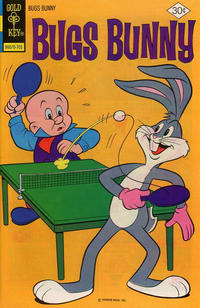 First Line of Dialogue or Text
Huh? What? What’s going on up there?
Feature Logo

Christensen's original title "Fiendish Flowerlady" from his notes. Doctor Sneako moved through the city with his "lullaby birds", disguised as an innocent flower lady.

A Real Card (Table of Contents: 2)

First Line of Dialogue or Text
I’d like to buy this card for my dear chum, Porky Pig!
Feature Logo

Writer-spotting speculation: This story reads very much like a “Fox and Crow”, and thus could have been written by Cecil Beard, but without enough proof to list him above as a creator.

Horsing Around (Table of Contents: 3)

First Line of Dialogue or Text
I’ve had it with this town!
Feature Logo

Friends in Deed (Table of Contents: 4)

First Line of Dialogue or Text
“I’m so unhappy, I don’t know what to do!” a friend of Mary Jane’s wailed to her over the telephone.
Genre
anthropomorphic-funny animals; humor
Characters
Mary Jane; Sniffles; Meredith; birds and insects
Synopsis
Mary Jane's bird and insect friends move to the yard of a bedridden girl to help with her nature observations.
Reprints
Keywords
homework; mumps; nature; shrinking; turning-lemons-into-lemonade