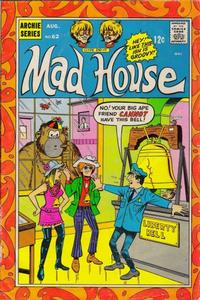 His Master's Voice (Table of Contents: 3)

The title comes from the RCA Victor slogan once used for phonographs.

A Passion for Fashion (Table of Contents: 5)

A pinball machine is referred to as a computer by the aliens.

The Big Gig (Table of Contents: 9)

First appearance of Rod the Mod, who appears as a bearded hippie here. His look would evolve over the next few issues, and he would eventually become the Alexander Cabot/Reggie Mantle-esque character in the Madhouse Glads stories.