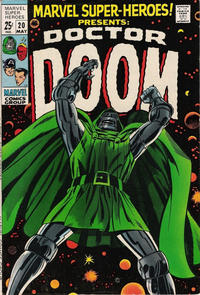 According to Roy Thomas, Larry Lieber plotted,(likely) dialogued and pencilled approximately the first half of the story when he had to bow out. Roy plotted and wrote the second half, with Frank Giacoia penciling. It appears that Lieber wrote and drew pages 1-11; with Thomas scripting and Giacoia penciling pages 12-24. Info per Nick Caputo, March 2013.

The Return of... the Human Torch (Table of Contents: 4)

Back from the Dead! (Table of Contents: 5)

[The Sub-Mariner Returns] (Table of Contents: 6)