On-sale date from 1969 Periodicals, Copyright Office, Library of Congress with a correction factor of plus 28 days.
This issue has variants:

The Wrath of the Rhino! (Table of Contents) 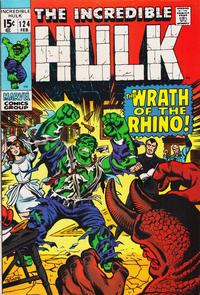 The Rhino Says No! (Table of Contents: 2)