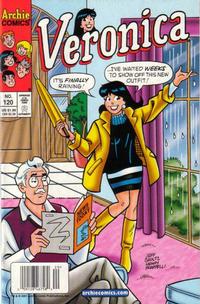 It's Not a Good Thing (Table of Contents: 2)

First Line of Dialogue or Text
She knows... and she'll let you know when you write to, Dear Veronica.
Characters
Veronica Lodge

Words to patriotic songs, in the aftermath of the September 11, 2001 terrorist attacks.

Fitness Freaked Out! (Table of Contents: 14)