Another Complete Issue of Dickie's Amazing Adventures (Table of Contents) 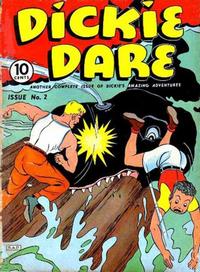 First Line of Dialogue or Text
Dickie and Wags are alone. Gosh, Wags, did ya ever see things happen so thick and fast?
Genre
adventure; humor; children

Old Friends Are the Best Friends (Table of Contents: 2) (Expand) /