Cover art credits in dispute. Sinnott's personal records have pencils credited to Marie Severin. Nick Caputo, based in part on viewing the original art in John Buscema, Michaelangelo of Comics, credits Buscema, although Marie Severin made corrections and added background figures. Nick notes that Marie also likely produced the original cover rough which is why, along with her corrections that Sinnott may have seen her name credited. Mike Burkey showed the actual original art to Neal Adams who stated that he penciled the cover, which is also credited on his personal checklist at nealadams.com. 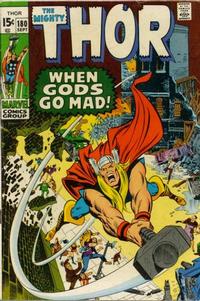