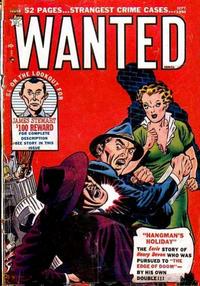 Genre
crime
Characters
Henry Devon; Vivian Mare
Synopsis
A stranger than fiction story of a man who lost his identity.

Saltarella disagrees with Forte as the penciller and thinks this is Rafael Astarita pencils and inks.

Johnny on the Spot (Table of Contents: 8)

Genre
crime
Characters
John Landrus; Judge Whtitaker; Archer Frieze (ventriloquist and killer)
Synopsis
Landrus had a motive for murder and his only alibi was a wooden dummy.