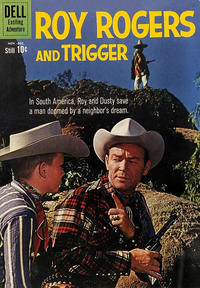 Spears in the Night (Table of Contents: 2)

The New-Old Way of History (Table of Contents: 3)

The Witness (Table of Contents: 4)

A Russ Manning art identification made by Steinar Ådland December 2010 contradicts the Warren Tufts i.d. made by Phillips in 1995.

Genre
western-frontier
Synopsis
A Navajo boy wins the horse race and the cash. Villains who persecuted him earlier rob him. Roy, a friend of the family, intercedes in both cases.