Inks credit is in dispute.

Logo design credit from Todd Klein, who notes that Kirby may have provided a layout of the logo. 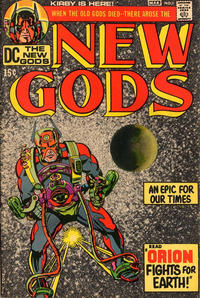 A Visit with Jack Kirby (Table of Contents: 3)