No Comics Code seal on this issue. 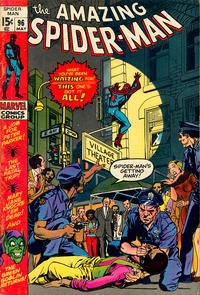 Continued in the next 2 issues.

First Line of Dialogue or Text
Dear Stan, There is one mag that has never been better, that one being Spider-Man.