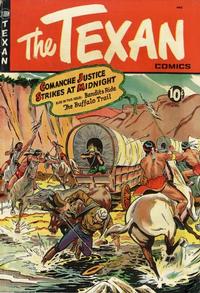 JVJon at Digital Comics Museum credits this story to Palais, and comparing with an original from Jerry Bails' Who's Who, it matches fine with the somewhat crude faces and hands. Art ID by Steinar Ådland, March 2011.

In the previous version of the story, the Lone Vigilante was called the Bold Buckaroo.