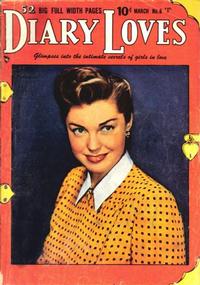 I Played With Fire (Table of Contents: 2)

Genre
crime; romance
Characters
Fay Sanders; Jim Escott; Mr. Sanders; Matt Randall (villain); Dan (villain)
Synopsis
Fay is uncertain if she wants to marry Jim, who has a “prosaic” job with an insurance company. Fay rescues Matt from some pursuers and falls in love with him. She discovers Matt is an art thief who has been blackmailing her father. Jim, an investigator with the insurance company, rescues Fay and her father and impresses Fay with his manliness.

You Can Play Today's Most Popular Instrument Instantly! (Table of Contents: 4) (Expand) /

Genre
romance; war
Characters
Lt. Janet Drew; Captain Don Brady; Chia-San [Sadu] (villain)
Synopsis
Janet is a nurse working near the front lines of the “Matrean” War. Her boyfriend is Army captain Don Brady. A group of refugees arrives, led by the sexy Chia-San, who serves as their interpreter. Chia-San provides valuable information to Don, who is smitten by her beauty. Janet exposes Chia-San as an enemy spy and accepts Don’s apology for straying.
Reprints

For some reason, this story doesn't use the name of the actual "Korean" war, calling it "Matrean" instead. The setting seems to be Korea, but Chia-San looks more like a stereotypical "exotic" Southeast Asian/Polynesian woman rather than Korean or Chinese.

Genre
romance
Characters
Trixie Lamont; Slim Andrews; Mayor Arthur Farnel; Jones
Synopsis
Trixie and Slim work for a traveling carnival which is banned from performing by Mayor Farnel. Slim is arrested and Trixie uses the mayor’s infatuation with her to expose political corruption in his administration. The mayor apologizes for his error and proposes to Trixie but she loves Slim and the carnival life.

Renee Says... The Latest in Fashion Will Be (Table of Contents: 9)

The Desolate Heart (Table of Contents: 12)