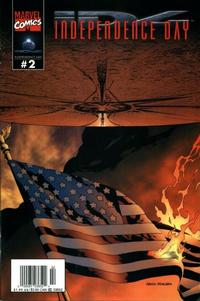 Part two of two. With the exception of the inside front cover and back covers there are no ads in this issue. Unlike other recent Marvel movie adaptations, the drawn characters resemble their movie counterparts.