This variant is half of the direct-market print run.
This issue has variants:

Supergirl ...An Outsider? (Table of Contents) 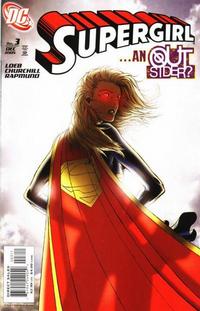 Story continued from previous issue and continues in the next issue. "Special Thanks to JUDD WINICK, The Outsider".