All This--And Mr. Hyde Too! (Table of Contents) 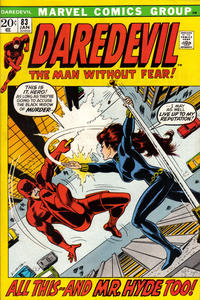 The Widow Accused (Table of Contents: 1)

Credits list Alan Weiss as Artist and Barry Smith on "Designs". Nick Caputo notes that Smith likely provided layouts for Weiss and also had a hand on the pencils on some pages.