Only cover in the series without Babs. 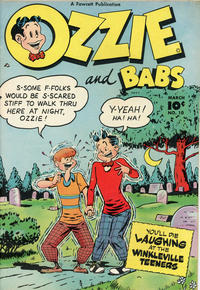 Front and Center (Table of Contents: 3)

Two Comix Cards of Golden Arrow on his horse White Wind from Whiz Comics to cut out and paste on cardboard.

The Spotless Wonder (Table of Contents: 13)

Join the March of Dimes (Table of Contents: 15)

Captain Marvel and other Fawcett characters urge us to join the March of Dimes and fight Infantile Paralysis from January 14 - 31, 1949.