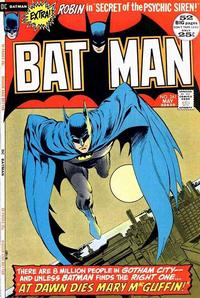 Secret of the Psychic Siren! (Table of Contents: 2)

The Case of the Honest Crook (Table of Contents: 3)

Includes a letter from David B. Michelinie.