Rhodan and the Hounds of Helios! (Table of Contents)

Cover inks credits from Michael Higgins, via the GCD Error List (17 July 2008), based on the original art; the original indexer credited the inks to Dan Adkins. 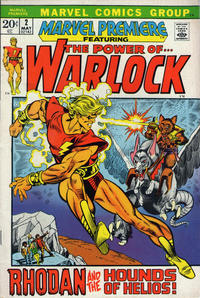 The Hounds of Helios! (Table of Contents: 1)

The Yellow Claw (Table of Contents: 2)

Jimmy Woo changed to an agent of S.H.I.E.L.D. and Phil Kane character retouched to be Nick Fury.