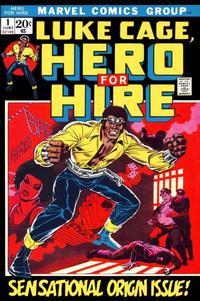 Roy Thomas and John Romita are credited with creative contributions on the splash page. Thomas came up with the name Cage and the title Hero for Hire. John Romita, with some ideas from Thomas and Stan Lee, designed the costume.

Fred Snyder suggested that other hands were involved in the art, particularly John Romita. Nick Caputo agrees that Romita provided alterations on a few pages and redrew Stryker's face throughout. Stryker was also heavily redrawn by Romita on the last page which likely included the addition of a costume.