[...In Search of the Seven Soldiers of Victory!] (Table of Contents) 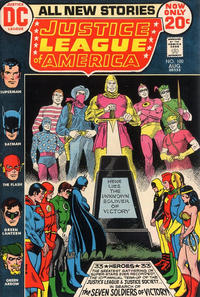 The Unknown Soldier of Victory! (Table of Contents: 1)