The Man-Bull Makes His Move ! (Table of Contents) 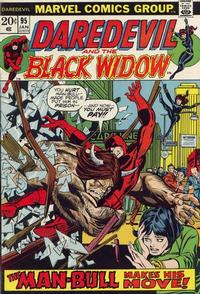 Bullfight On the Bay! (Table of Contents: 1)

On the newspaper "ear" on the splash page is "Starting this Monday...a news series by Sergus O'Schaughnessy..." This was an in-joke referring to "Sergius O'Schaughnessy," which was a pen-name used by Denny O'Neil.

Irrelevant Info and Inane Items, Illustrated and Inscribed by an Infinite Number of Monkeys! (Table of Contents: 2) (Expand) /