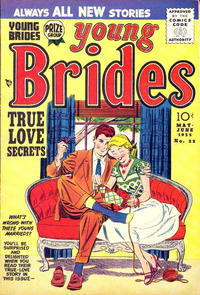 Those Two (Table of Contents: 1)

Genre
romance
Characters
Kathy Lake; Anatole Kurtz; Elliot Lewis; Minister Elpin; Mrs. Lewis
Synopsis
“Homely” Kathy is introduced to writer Elliot by their mutual friend, blind pianist Anatole. Elliot was burned and scarred in an auto accident, and his fiancée broke off their engagement as a result. Kathy and Elliot fall in love, but she fears her appearance will harm Elliot’s career when he returns to the city. Elliot says they can be married and rent Anatole’s cottage, where they’ll live happily and in love. Elliot’s mother disapproves but in the end Elliot and Kathy remain in their “magic cottage, under its enchanted roof.”

The Bouquet (Table of Contents: 2)

Byline supplied by Ger Apeldoorn via the GCD Error Tracker.

The Pianist (Table of Contents: 3)

Genre
romance
Characters
Carl Dennis; Jane; John; Maestro Tosca
Synopsis
Pianist Carl is engaged to Jane, but his career is just getting started and they can’t afford to marry. Jane’s brother John offers Carl a job in his factory, but Carl quits after injuring his hand there. Jane takes John’s side and Carl leaves. A repentant Jane discovers Carl playing the piano in a bar. They’re trapped on the roof by a fire, and Carl saves them by sliding down a wire, again injuring his hands. Carl recovers and becomes a famous concert pianist with Jane by his side.

Genre
romance
Characters
Julia Trent; Carl Aiken; William "Bill" Queen
Synopsis
Julia, who comes from a poor background, goes on a cruise and makes friends with wealthy Carl. On a stop over, she meets Bill and is attracted to him, but fears he’s “a waster, a drifter” like her father and rejects his romantic advances. When a tidal wave strikes the island, Carl panics but Bill and Julia work together and are safe. Julia discovers Bill is the owner of a fleet of cruise ships and a marine engineer.

Pencils credit suggested by Ger Apeldoorn via the GCD Error Tracker, who says, "looks like Severin inked by an unknown." Nick Caputo doubts any Severin involvement.

Genre
romance
Characters
Genevieve; Gloria Brooks; Mark Benson
Synopsis
Olympic skier Mark vists a town to ski “Devil’s Drop,” and mousy librarian Genevieve pretends to be an expert skier to impress him. Mark invites her to ski the dangerous trail with him and she goes through with it. Mark has to rescue her, but it’s alright because they have fallen in love.

Byline supplied by Ger Apeldoorn via the GCD Error Tracker.