An OMAC Project tie-in.
This issue has variants: 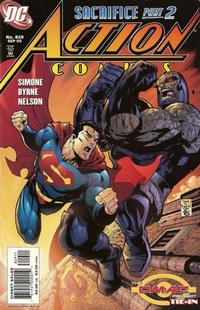