Cult of the Vampire! (Table of Contents) 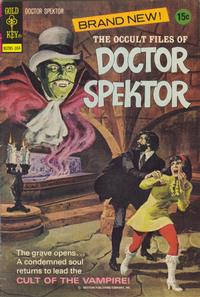 Cult of the Vampire (Table of Contents: 1)

First real adventure of Dr. Adam Spektor, an adventurer and researcher in the occult, who previously only appeared as a horror host (starting with Mystery Comics Digest #5 (Western, 1972 Series)). Intro Lakota Rainflower, his mostly Sioux... with a touch of Apache, secretary and romantic interest. Vs Baron Tibor, a vampire who previously appeared in Mystery Comics Digest #4 (Western, 1972 Series).