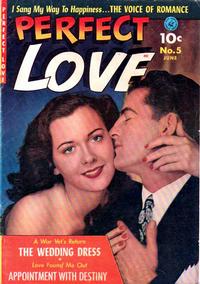 The Voice of Romance (Table of Contents: 1)

Genre
romance
Characters
Renee Channing; Dr. Bob Stanton; Mrs. Channing; Signor Romano; Johnny
Synopsis
After losing her voice, singer Renee tries to commit suicide but is rescued by Dr. Bob. She goes to work in his hospital and helps comfort the patients. When a sick little boy deliriously asks for his mother to sing, Renee discovers she can sing once again. Even though she’s now able to resume her career, Renee decides she loves Dr. Bob and will use her voice to help sick children.
Reprints
Keywords
suicide

Genre
romance
Characters
Sue Sommers; Charlie; Mr. Jenkins
Synopsis
Researcher Sue is assigned to work with magazine writer Charlie. They fall in love and go on an expedition to Mammoth Cave in Kentucky. Charlie gets lost in the caverns but Sue reaches the surface and helps rescuers find him.
Reprints

Mammoth Cave is an actual cave system in the state of Kentucky, USA.

The Eyes of Love (Table of Contents: 3)

Genre
romance
Characters
Ruth Dennis; Cynthia Todd; Mrs. Webster; Tom Webster; Dr. Titus; Dr. Swanson
Synopsis
Army veteran Tom is blinded in Korea and has lost the will to live. His fiancee Cynthia doesn’t love him any more, but her co-worker Ruth volunteers to impersonate Cynthia to raise Tom’s spirits in advance of an operation. Tom proposes to Ruth and she confesses that she’s not Cynthia: he says he’s known that from the first day, but loves her anyway. Tom regains his sight and they are married.
Reprints
Keywords
blind; Korean War; wounded veteran

Assistant to Cupid! (Table of Contents: 4)

Appointment with Destiny (Table of Contents: 5)

Genre
romance
Characters
Pete Ericson; Mrs. Ericson; Anne Reynolds; Ralph
Synopsis
Concert pianist Anne goes on vacation to Alaska, leaving her manager/fiancé Ralph behind. Lost in the wilderness, she’s rescued by trapper Pete and his mother. Pete and Anne fall in love and Anne gives up her career to stay with him. Pete is reported dead after failing to return from trapping and Anne returns to her concert career, but is unfulfilled. Pete shows up, alive, having spent the winter with other trappers who rescued him. He and Anne will marry and return to Alaska.
Reprints
Keywords
Alaska