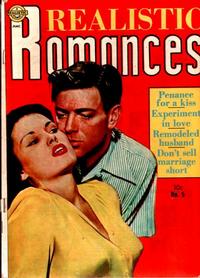 Genre
romance
Characters
Dr. Burke Smith; Anita; Anita's father
Synopsis
Anita marries Burke, a young doctor temporarily working at her father’s hospital. Burke plans to go into medical research, but Anita has other plans. In his name, she turns down the research job he wanted, so he'll be forced to stay in his hospital job. Burke finds out and leaves her. Anita’s father says he always regretted not going into research and Anita should make things right. Anita explains her scheme to the director of the lab and Burke gets the job after all. Anita and Burke reconcile.
Reprints

Genre
romance
Characters
Nora Benton; John Benton; Sally Benton; Aunt Phoebe; Harold Stanford
Synopsis
Nora’s spendthrift mother left her father when Nora was a child; she was raised by her father and stern Aunt Phoebe. Nora elopes with young lawyer Harold, but his mother disowns them because of long-ago talk about Nora’s mother. Nora emulates her mother’s frivolous ways and argues with Harold. Nora seeks out her mother Sally, who now operates a successful fashion house, and explains what occurred. Sally says success isn’t important if you don’t have the man you love. Nora and Harold reconcile.
Reprints

Experiment In Love (Table of Contents: 4)

Genre
romance
Characters
Ellen Cain; Tom Pinchot; Nancy Acheson; Mark London; Jack Young; Deena Wilson; Nick Randall
Synopsis
Ellen is engaged to Mark. She meddles in the love lives of their fellow workers, flirting with the men and denigrating the women, until the couples break up. She tries to pull the same stunt on Tom and his fiancee Nancy. It appears Mark has fallen for Nancy and Ellen becomes jealous. Mark explains it was all a ruse to teach Ellen a lesson.
Reprints

Penance For A Kiss (Table of Contents: 5)

Genre
romance
Characters
George Weyburn; Jane Cotter; Lily Emerson; John Emerson; Rita Allen; Henri, chauffeur; Mike, diner owner
Synopsis
George is acquitted of the murder of Jane, who drowned after falling out of a rowboat they were in. George’s fiancee breaks up with him and he is unable to find a job. He’s finally hired at a roadside diner through the intervention of waitress Rita. George and Rita fall in love but he’s afraid to confess his past to her. Rita finally explains she knows who he is: her own father had been found not guilty of murder, so she empathises with his struggles to rebuild his life.
Reprints

The story of George and Jane (he rejects her, she drowns after falling from a rowboat) is probably based on the novel "An American Tragedy" by Theodore Dreiser, although in this story George is innocent of murder and not an unsympathetic character at all.