The Krypton Connection! (Table of Contents) 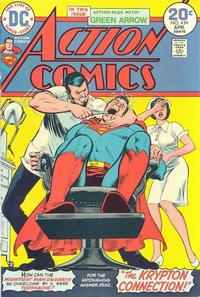 The Krypton Connection! (Table of Contents: 1)

Dr. Xadu and Erndine (now called Zeda) had been trapped on the planet Exon by Superboy in Superboy #100. They have escaped by some unrevealed method. This story ignores Dr. Xadu's multiple appearances in the Phantom Zone since Superboy #100.