Publication date in indicia; on-sale date on cover.
This issue has variants: 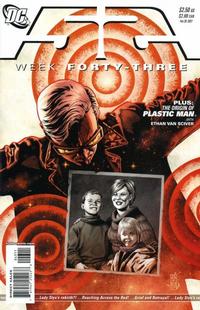 Includes the apparent death of Osiris at the hands of Sobek and the resurrection of Lady Styx.

The Origin of Plastic Man (Table of Contents: 2)