The Haunter of The Pit! (Table of Contents) 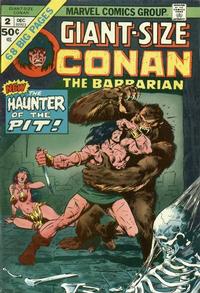 The Hyborian Age of Conan (Table of Contents: 2)

Large map of the continent during the time of Conan from a map prepared by Robert E. Howard. It is believed but unconfirmed that this is reprinted from a much smaller version in Conan the Barbarian #1.