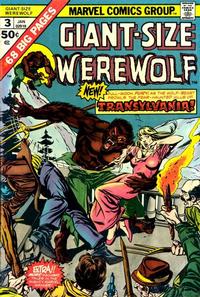 This story is broken into three chapters. Chapter one is titled Spawned in Dream... Slain in Nightmare!, chaper two is titled Home to Slay!, and chapter three is titled Vengeance in Death!

The Visitor (Table of Contents: 3)

Genre
horror-suspense
Characters
John; Ann
Synopsis
A man is convinced that controlling visitors exist all around him and when he is confronted by mist he goes off his rocker.
Reprints

The Man Who Went Back! (Table of Contents: 4)

The Man Who Talked to Rats! (Table of Contents: 5)

Genre
horror-suspense
Characters
Paul Crandall
Synopsis
A man comes across a man who talks to rats in an alley and makes a deal with him to kill his uncle so he will inherit his money. The weird guy sends his rats into the estate to chew up the old guy and the nephew both.
Reprints

The Hands of Death (Table of Contents: 6)

Genre
horror-suspense
Characters
Sandra Hanlow; Bobby Gerard
Synopsis
A woman's car breaks down in an area where women have been strangled and she takes shelter in a nearby house. She is admitted by a bundled figure that she abruptly assumes is the strangler. She screams, and another man breaks in the door, but the new man on the scene is actually the stranger. The bundled person tosses aside his disguise and kills the strangler, apologizes to the woman for frightening her, and explains that the strangler had murdered his wife and so he had disguised himself as bait.
Reprints