The scene depicted here never takes place in the story. 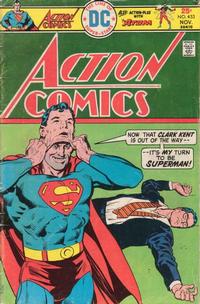