Night of the Demon! (Table of Contents)

The original art is signed by Sal Buscema (info submitted by mikebo via the GCD Error Tracker). Buscema fully rendered a Severin sketch for the cover of #69 and that may be the process here, although in this period others including John Romita and Ed Hannigan worked on cover designs.

After examining the original art Nick Caputo suspects that Romita inked the cover with a possible touch-up on the Demon's face by Cockrum. 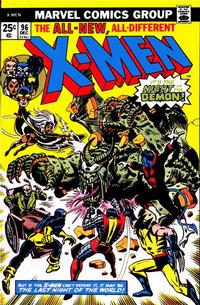 Night of the Demon! (Table of Contents: 2)