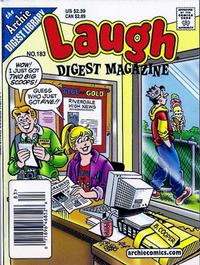 Wigged Out (Table of Contents: 2)

Two Much Magic (Table of Contents: 3)

This story is credited to Angelo Decesare in later reprints it is revised to Mike Pellowski.

Four fashion designs. First is Cheryl in cowboy boots and a western theme.

First Line of Dialogue or Text
This is going to be fun!
Genre
humor; teen
Characters
Betty Cooper; Marty Morgan
Synopsis
Betty goes to a movie by herself.
Reprints

The Character (Table of Contents: 11)

For One Brief Moment (Table of Contents: 12)

Genre
teen
Characters
Betty Cooper; Reggie Mantle; Archie Andrews; Jughead Jones; Midge Klump; Veronica Lodge; Pop Tate
Synopsis
After Reggie saves Betty from being struck by an oncoming truck, the two begin seeing more of each other, and liking it, to the consternation of Archie and Veronica.
Reprints

Making a Difference (Table of Contents: 14)