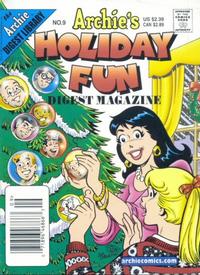 Only They Could Appreciate It! (Table of Contents: 1)

The Invasion of the Herbees part 1 and 2 (Table of Contents: 17)

"Herbees" are a parody of the Furby toy.

A Night to Remember (Table of Contents: 20)

A girl's headband and the TV screen both say 1999 which was not corrected when the story was reprinted in this 2003/2004 digest.