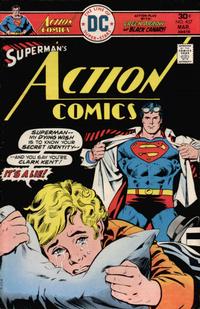 Superman, You're Not Clark Kent-- And I Can Prove It! (Table of Contents: 1)

Justice for All Includes Children! (Table of Contents: 4)

Flight of the Nutty Kid! (Table of Contents: 5)