Are You In Love? (Table of Contents) 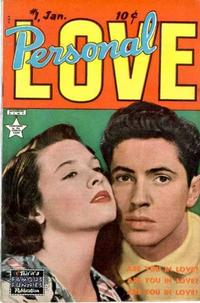 Genre
romance
Characters
Alicia; Dan; Eddie; Johnny Markey; Kitty; Ralph; Theda
Synopsis
Kitty dates Dan but he’s never available on Tuesdays and Thursdays. She catches him with another woman (Alicia) on a Tuesday and he admits he’s in love with both of them and can’t choose. Kitty breaks up with him. However, Kitty discovers Alicia is dating other people besides Dan. When Dan finds out, he dumps Alicia and reconciles with Kitty.

I Stole Her Love (Table of Contents: 3)

Genre
romance
Characters
Carla; Dennis Clark; Ginny; Harly Davis
Synopsis
Ginny moves to New York to become an actress. Her sister Carla has been there for 15 years; she never became a successful actress, but is now engaged to producer Harly. Ginny flirts with Harly to further her career even though Carla begs her not to steal him away. Ginny then falls in love with actor Dennis: Harly dumps her as a result. Dennis thinks Ginny will use and discard him as well, so he also leaves her. Ginny reunites Carla and Harly, then departs for her hometown.

Genre
romance
Characters
Eddie Todd; J. D. Harrell; Jerry; Judy Corey; Tom Corey; Big Bart (a horse)
Synopsis
Judy’s father is a horse trainer who thinks his horse “Big Bart” will put him in the big-time. Judy, tired of insecurity, makes him promise that he’ll take a steady job with a big stable if “Big Bart” fails. Judy’s boyfriend, jockey Eddie, also believes in the horse’s potential. Judy drugs the horse so her father will sell it, but Eddie is blamed and banned from racing for life. Judy confesses everything; Eddie is reinstated and wins the big race on “Big Bart.”

Engaged to the Wrong Man (Table of Contents: 8)

Genre
romance
Characters
Agnes; Alice; Donald Blaine; Joyce Hadley; Mr. Hadley; Mrs. Hadley; Tommy Johnston
Synopsis
Although her fiancee Donald objects, Joyce decides to visit her Aunt Agnes over the holidays. She socialises with her old friends but is irritated at Tommy’s constant attention, until her aunt says she asked Tommy to make her feel welcome. When her car breaks down, Tommy drives Joyce home and Donald is jealous. The two men fight--when Tommy is hurt, Joyce realises he’s the one she really loves. Donald breaks their engagement and Joyce will marry Tommy instead.